The monkey and the scarecrow

From the Fables by La Fontaine
On a cold winter’s night, Fricandeau, a squirre! monkey, is refused hospitality at the castle of The Duchess of Frangipane. Realising he has no option but to sleep under the stars, he encounters the scarecrow Tournebroche, who turns out to be a wise mentor. What the little monkey desires at ail costs is to be welcomed at the palace. lnspired by the tales told to him by his new friend, his cunning secures him an increasingly important position in the castle. Who ever said that fables were just simple staries to amuse children? The monkey and the scarecrow is a superb homage to La Fontaine, and commemorates the 400th anniversary of his birth. Albertine’s mischievous and colourful line illuminates Pierre Senges’s words, accompanied by baroque music composed by Les Lunaisiens and sung by the children of the Metz Cathedra! choir. This musical tale is read in its entirety by Arnaud Marzorati (baritone and artistic director of Lunaisiens), and punctuated with sung fables. This music is taken from several collections of sangs by 17th and 18th century composers, and one can have fun recognising the sounds of the triple harp, the bassoon, a recorder, or even the hurdy-gurdy. 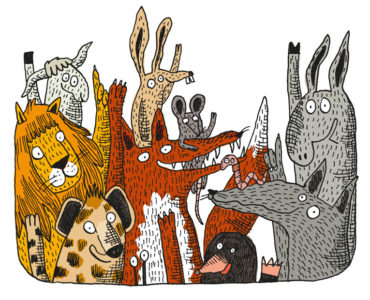 Once upon a fable 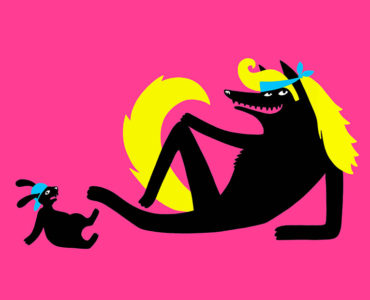