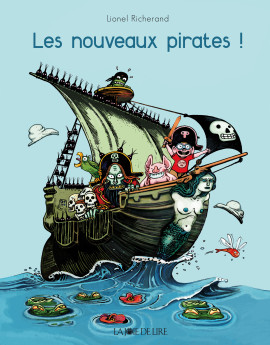 Thomas, aged 5, is a new pirate: he has not read Treasure Island, but he knows the story of Black Beard and his plastic hook so well that when Thomas curses like a sea-dog in the graveyard next to his holiday house in Brittany, he wakes up the furious ghost of the local pirate. BlackBeard, urged on by Thomas, puts together his old crew for a fantastic voyage to nevernever Island.