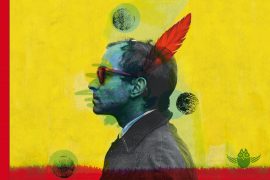 Eleven teenagers from Geneva and beyond the nearby French border become the actors of a professional theatre project inspired by Jean-Luc Godard’s cinematographic work. During five weeks, they rehearse a script written by Fabrice Melquiot and directed by Mariama Sylla at the Am Stram Gram Theatre. The play is based on writing workshops with Melquiot that the adolescents attended. The book Jean-Luc documents this extraordinary human and artistic adventure that was very well received by the public and the critics when it came about in April 2016. Cinema as seen by theatre; Godard as seen by today’s teenagers; a view on the present through the lens of the performing arts.