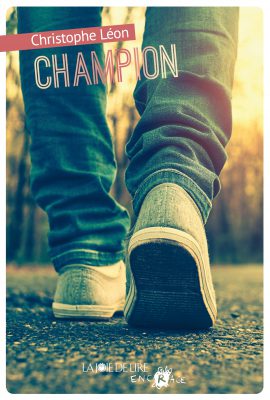 Brandon is a Young man well in his time. Between highschool, his girlfriend Abigail and his athletics trainings, his life could be very quiet. But Brandon is facing a dilemna : his father and his coach are insisting that he takes stimulants to improve his performance, to go higher, further. He is gifted, and could be even more so with a little pharmaceutical help. The pressure is strong and the stakes substantial, but so are the consequence. Brandon is in doubt, he is no cheater. As for Luc, he is a fan of cars and anything with an engine. The day his parents got to Paris for weekend, he go on a little outing with his friend Louella in his father’s impressive 4×4, despite this father’s formal warnings. It is true that Luc doesn’t have a license! But nothing works better than a beautiful car and an improvised trip to impress girls. As for Lauryanne, her only concerns are her looks and boys. She doesn’t get on well with her parents, and she’s bored a lot. David, finally, is a young autistic boy who likes to walk on his own and is bemused by cell phones. When during one of his walks he finds by chance Brandon’s cell phone in a ditch, close to deep black traces (probably traces of a 4×4 tyres), his life is going to change… Through a subtle device of coming and going, through cinematic devices, Christophe Léon intermingles the destinies of six young people. Each of them makes the wrong choice at the wrong moment… The writer knows well teenagers’ weaknesses, their strengths and contradictions. He dissects, sometimes with cruelty, their turmoil and malaise to bring us stories that stay present in our minds for a long time.