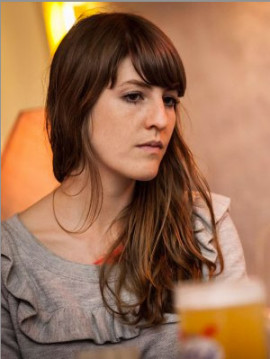 Fanny Dreyer was born in Freiburg in Switzerland. She studied at the collège Saint-Michel de Fribourg, where she passed her baccalauréat with a major in arts. While studying, shed did several internships as a decorator for short animated movies. Her wish to illustrate books came later, at the end of her studies. She entered the Beaux Arts in Bruxelles and graduated from her master in 2011.  She is now working on new projects in illustration, graphic design and  interior design.